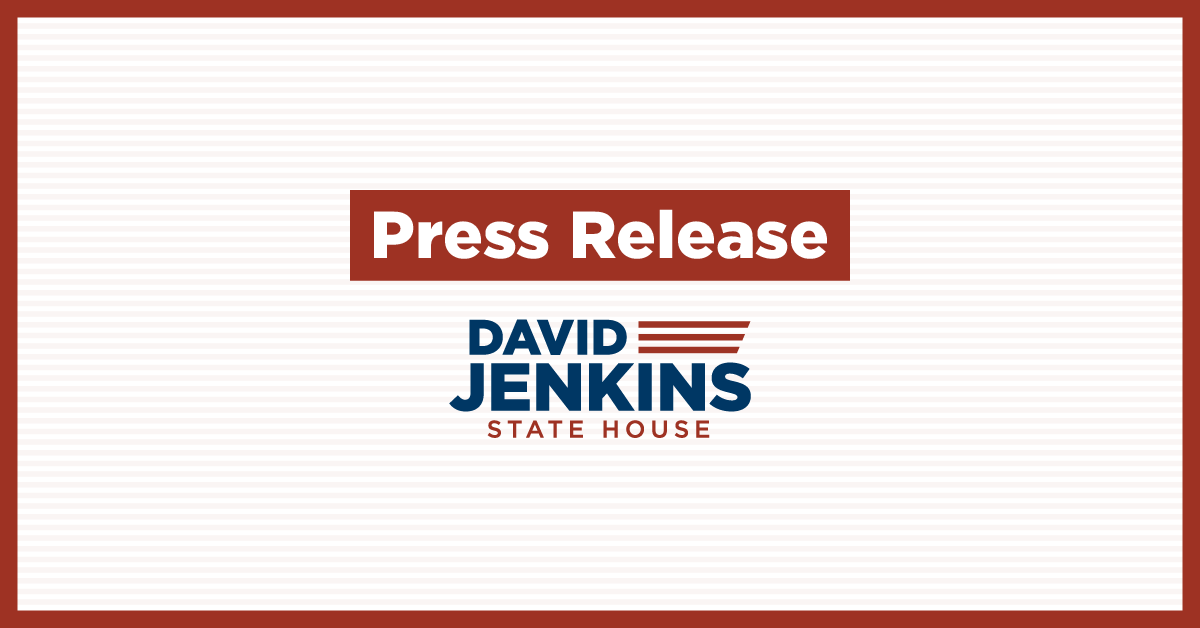 GRANTVILLE – David Jenkins, First Vice Chair of the Meriwether Republican Party has announced his campaign for State Representative in Georgia’s House District 132 for portions of Coweta, Meriwether and Troup Counties.

“I am running for State House to protect our constitutional rights, preserve our traditional family values and reduce the unnecessary burdens of government in our communities,” announced Jenkins. With a career in the military and leadership in community-focused service efforts, David feels a civic obligation to give back. “I will build relationships and find common ground in order to deliver results for our unique and diverse West Georgia district.”

As a military veteran serving 21 years and multiple deployments in the U.S. Army, David earned the rank of Captain as a pilot for the 101st Airborne Division. In addition to his role with the Meriwether GOP, David has served as a member of various community and charitable organizations. He is a respected voice of the community and has a true sense of priorities that are common across this diverse district, including access to quality healthcare, rural broadband solutions, and strengthening the foundation of our educational system.

David is well-equipped to speak for rural Georgia on the economic and taxation policies that have a significant impact on our local economy. He believes we have the opportunity to limit our losses, offset conservation taxes, reduce bureaucracy for local businesses and get the government out of the way of our efforts to work, grow and sustain our communities.

“Our Republican majority in Georgia’s legislature is being threatened now more than ever. We can look to Virginia to see what happens when that scale tips and I will fight to protect the conservative values that keep Georgia thriving,” Jenkins stated. “We are small communities that have a nature that brings us together to support our common interests. Conservatism is symbolic of who we are as a society, and I will stand firm on those principles.”

David holds a Bachelor’s Degree from Embry Riddle Aeronautical University, is a former policeman and wildland firefighter. He currently serves as an Air Ambulance Helicopter pilot, serving the citizens of Coweta, Meriwether and Troup Counties. David and his wife, Cat have also built Jenkins Farms from the ground up. They are both dedicated to public service as a means to improve our local quality of life.